Skip to content
Great news from the Floss Manuals community: the french-speaking branch of that international group of volunteers, dedicated to the creation of documentation for open source software, has just produced a new user manual for Scribus, probably the most full-featured free desktop publishing tool (i.e. an alternative to proprietary products such as InDesign or QuarkXPress).

The writing occurred in the frame of a five-day writing sprint, held in Strasbourg in July 6-10 2011, which gathered six authors from France, Canada, Switzerland, and Niger (more details here). 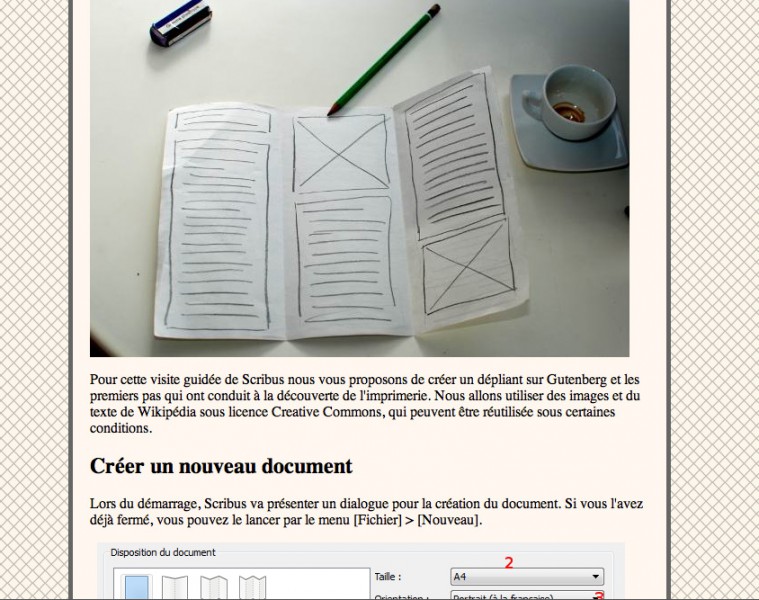 This book is the fourth production of Floss Manuals Francophone, founded in 2010, which has already facilitated books about Processing, PureData, and Thunderbird.