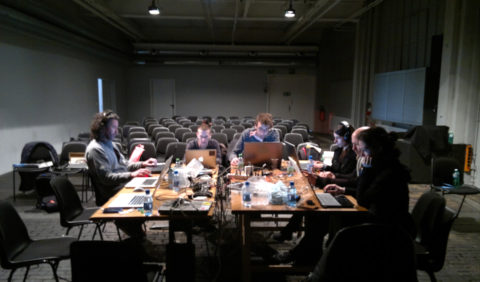 Since years, we have been following the inspiring activity of FLOSS Manuals, a project headed by artist Adam Hyde, dedicated to the production of free manuals for free software, through the disruptive methodology of book sprints (intensive five-day writing sessions).

Finally, Greyscale Press editor-in-chief Manuel Schmalstieg had the chance to take part in one of those sprints: between May 14-18 (in the frame of Geneva’s Mapping Festival), he teamed up with six other writers to produce a book dedicated to VJing/Audio-Visual Performance with open source tools.

The finished book (in French) can be seen (and downloaded, printed, edited, forked…) here.

Below are some images from the sprint: 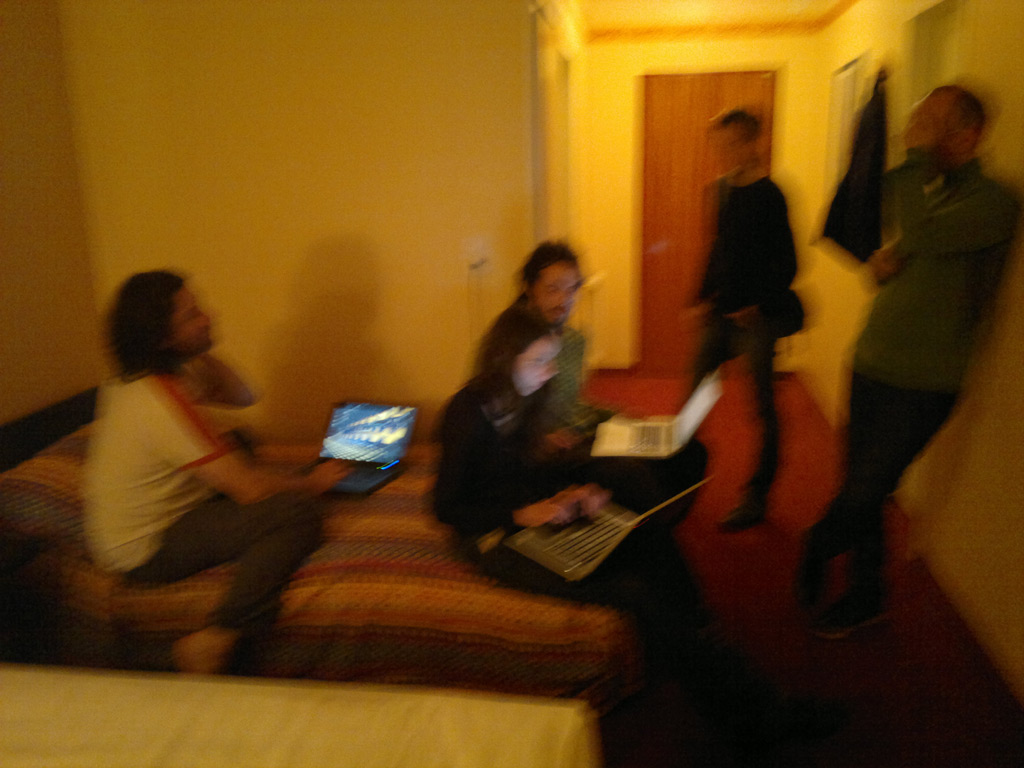 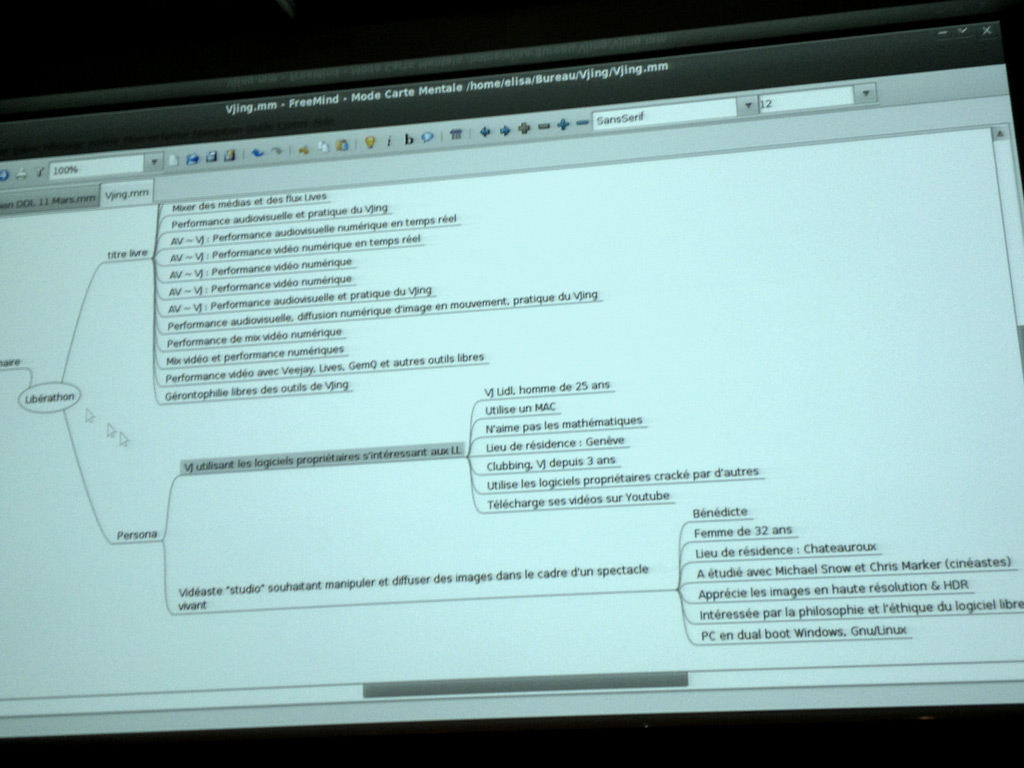 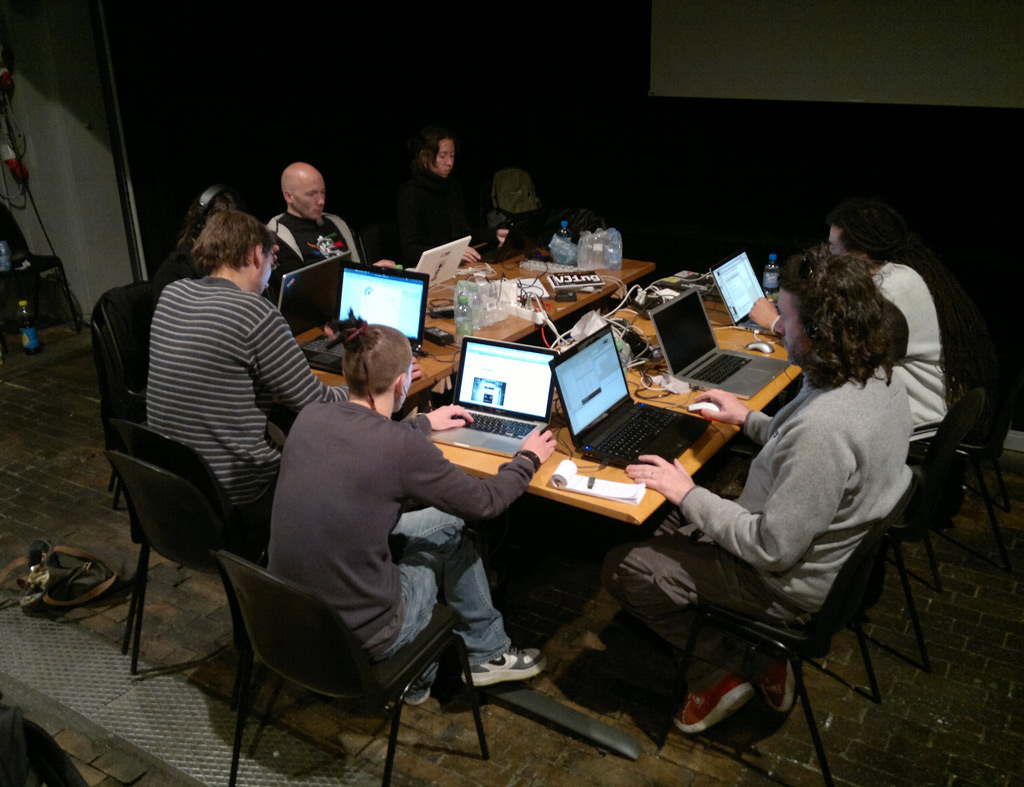 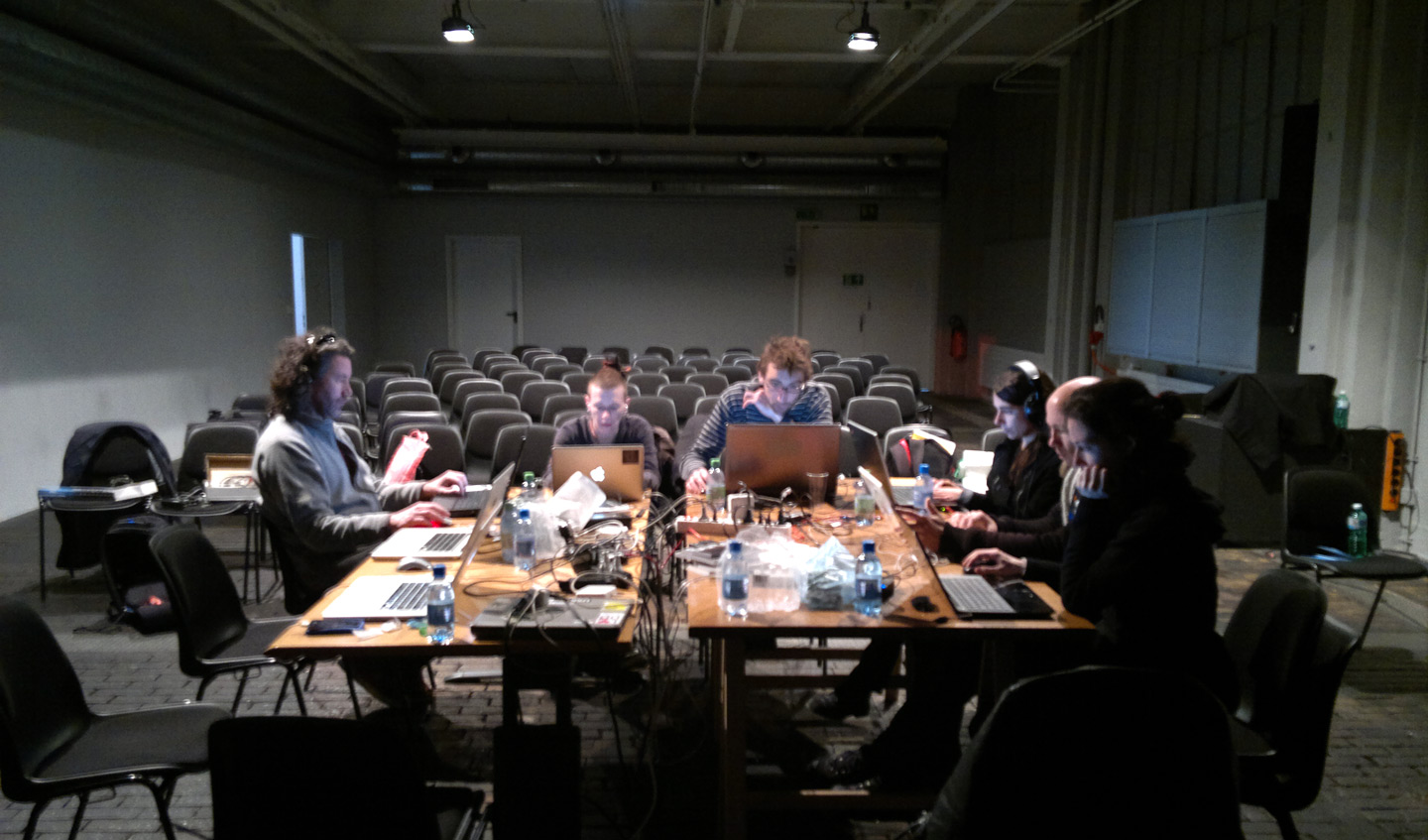 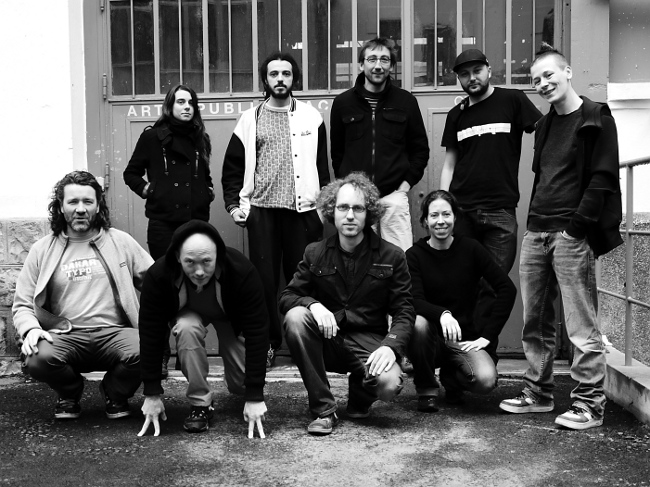