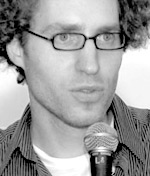 View cart “Aether9” has been added to your cart.
Manuel Schmalstieg, Sedat Adiyaman