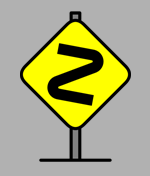 Nicolas Bourbaki is the collective pseudonym under which a group of (mainly French) 20th-century mathematicians wrote a series of books presenting an exposition of modern advanced mathematics, beginning in 1935. With the goal of founding all of mathematics on set theory, the group strove for rigour and generality. Their work led to the discovery of several concepts and terminologies still discussed.